A much-beloved fish among anglers throughout temperate North America, smallmouth bass are known for giving a pretty big fight when caught, which only adds to the sense of challenge and respect for the fish amongst anglers. Though their mouths are minute in comparison to their body size, hence their name, smallmouths are voracious eaters – anglers must find the right balance between a lure that looks large and tasty enough to attract smallmouth, and one that will actually fit in their mouth.

Actually belonging to the sunfish family, Centrarchidae, smallmouth bass are closely related to crappies, bluegills, largemouth bass, pumpkinseed sunfish, and many others. The genus name Micropterus translates to “small fin” in Greek, and is the result of the type specimen used to analyze and categorize members of the genus having an injured fin that made it look as though the specimen had a smaller, separate fin behind the soft dorsal fin.

Smallmouth bass typically reach an average size of 30 to 40 centimeters (11.8 to 15.7 inches) long and weight of .5 to 1 kilogram (about 1 to 2 pounds), although it’s not all that uncommon to come across smallmouth as large as 60 cm (23.6 inches) long and weighing up to 5 kg (over 11 pounds). The potential to come across rather “monster” smallmouth like this also adds to their popularity among sport fishermen and women. 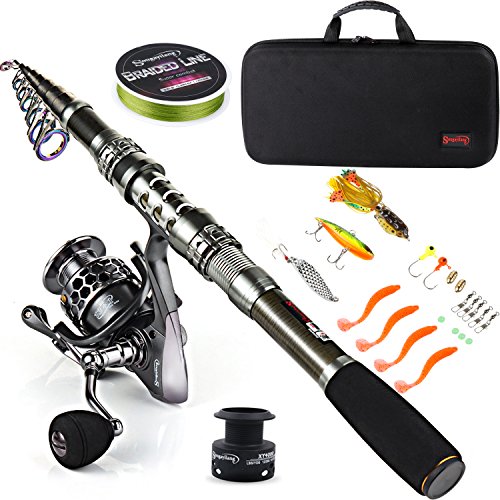 Smallmouth Bass Habitat Facts – Where Do They Live?

Unlike their largemouth brethren, smallmouths rely on cooler, well-oxygenated waters for survival. They thrive in waters, such as rocky rivers and streams, that have moderate movement, but can be found in cooler, still lakes and ponds, as well. Smallmouth bass are found almost exclusively in water bodies with access to sandy, rocky, or gravelly substrate or rocky shoals as they rely on this type of substrate for building nests and laying eggs. During particularly hot periods, you’re likely to find smallmouth in cooler, deeper, more vegetated waters as opposed to their generally preferred shallow, rocky habitats. If possible, during the summer smallmouth may move from lakes and reservoirs into any attached tributaries if there is the potential for cooler water and more suitable spawning habitat.

When it comes to riverine (river and stream) habitats, smallmouth bass are typically found in those greater than 10 meters wide, and in terms of lacustrine (lakes, reservoirs, and ponds) habitats, they can be found in cool, clear waters with access to rocky shoals and depths greater than 9 meters. The depth is important in lakes and ponds because it allows them to escape to cooler waters, as the still waters of these bodies do not enable quick cooling and readily available oxygen like the faster flowering waters of their preferred rocky streams and rivers.

Quite adaptable, smallmouth bass can be found across much of the United States now. However, they didn’t manage to do this on their own…in fact, outside of their native range of the midwestern and part of the southern U.S., smallmouth bass have been widely introduced to other states because of their popularity as a sport fish. However, outside of their native range, smallmouths wreak absolute havoc on other fish populations. For example, in Colorado the smallmouth bass not only displaces but also eats the critically endangered native cutthroat trout species. To help mitigate this, for one month every year the state wildlife department holds a tournament with cash prizes to encourage people to catch and keep as many smallmouths as possible.

You can find a full list of states where this fish has been illegally introduced here.

Not particularly picky eaters, smallmouth bass will eat just about anything that fits in their mouth…except vegetation. Exclusively carnivorous, over 50% of most smallmouth diets are composed of crayfish species, with the rest being filled in with aquatic insects and smaller fish such as minnows, shad, and juvenile sunfish and the occasional juvenile bass (yep, they’ll eat their close relatives and even their own species, too).

Interestingly, within portions of their Great Lakes Basin habitats (specifically Lake Erie), smallmouth bass have been found to be fairly…well…fat. Upon further research, two biologists discovered that in areas where the invasive round goby is found (such as Lake Erie), smallmouth bass go from relying on crayfish for over 50% of their diet to consuming the goby for as much as 75% of their diet! This means that there is tremendous potential for smallmouths to help control this invasive species.

Though smallmouth bass are considered a top predator where they’re found, they’re certainly not immune to becoming prey themselves. The greatest predator to smallmouth bass, aside from humans, within their native range is the northern pike. These large, fast, sharp-toothed fish will feed heavily on smallmouth bass (adults and juveniles alike) in waters where both species live.

Once water temperatures reach between 50 and 60° F (10 – 16° C), male smallmouth bass move to sheltered, slower-moving waters with sandy and/or gravelly substrate and choose a nest site. In lakes and reservoirs, ideal nest sites are typically located within the shallows up to one meter deep, possibly in vegetation or beneath a log or rock for added protection. In streams and rivers, nest sites are typically found downstream from large boulders or fallen trees or logs to help protect the eggs and fry from excessive water movement as well as predators.

Males create the nests with repeated sweeping motions of their tail that create a defined depression in the substrate. They’ll often create several to increase the chances of a female choosing one of their nests. Females arrive from deeper waters soon after, and males try to essentially herd females to nest sites. The female is likely to leave several times before choosing a nest, returning to it, and laying eggs. The male immediately fertilizes the eggs. A single female can lay anywhere from 2,000 to 15,000 eggs, and several females may deposit eggs at the same nest site for fertilization by one male.

In states where the fish is considered invasive and is posing significant ecological and economic threats, fishing regulations tend to be more lax in an effort to control the populations. For example, in Colorado where this fish is a popular sport fish but also highly invasive, there are no bag limits in waters west of the continental divide. Similarly, in Oregon, it is now legal to utilize methods like live bait, spears, and spear guns to catch smallmouths, as these fish have had a tremendously negative impact on the native Chinook salmon in the region.

When fishing for smallmouth, the best times are often early morning and late evening when temperatures are cool and lighting is somewhat dim, as these are the times when smallmouth tend to feel both the most comfortable and safe, and are found closer to the surface. Check underwater overhangs several meters deep, weedy edges, and rocky shoals, and if you have no luck there, try deeper, more clear waters during high light times. In low light conditions, you’re most likely to find smallmouth near the water’s surface.

Be sure to bring a variety of lures – smallmouths aren’t picky, and sometimes just switching out the lure and your casting style can bring significant results. If simply casting the line and waiting isn’t working, try dipping, jerking, or lightly dragging it to entice smallmouth. Be prepared for a fight with this spirited fish!