Koi carp have been around for thousands of years, with mtDNA sequencing finding that most modern koi breeding practices originated in China and Japan around the 4th century! These modern studies with concrete DNA data support the commonly held belief that koi are, indeed, descendants of the common carp (Cyprinus carpio). The sequencing also found that carp, and koi carp as an extension, originated in East Asia – an idea that was often argued.

Since the 4th century, the aquaculture industry has seen an absolute explosion in the number and variety of breeds, patterns, and colorations of koi available. Scales, no scales, flowing fins, small fins, shimmery or matte – you name it, and there is probably a koi that has been bred with those characteristics.

In fact, the aforementioned DNA studies were also able to pinpoint when and why the large scale domestication of carp and breeding them began: those who held political power and influence in China viewed colorful carp as a living symbol of their power, and breeding to obtain brightly colored varieties and unique patterns began here around 6,000 B.C.

These colorful, specially bred carp came to be known as “koi,” and were most often gifted to those with political and economic power as a gesture of good will and peace. This is how they initially made their way to Europe and, eventually, the Americas, becoming beloved pets rather than symbols of power and wealth.

The first Bekko koi was accidentally bred sometime during the mid-1800’s when breeding for Taisho Sanshoku koi, also known as Sanke. However, unlike Sanke which possess three colors (two base colors with Sumi), Bekkos only possess two (one base color with Sumi).

What Does Bekko Mean?

“Bekko” loosely translates to “separate” in Japanese, but a more exact translation is “tortoise shell.” This references the koi’s spotted, two-toned pattern and coloration. This variety is almost always created when breeding for Sanke koi; inevitably, because koi breeding is such a complex and fickle thing and these two varieties are so similar, two Sanke will almost always have some Bekko offspring. 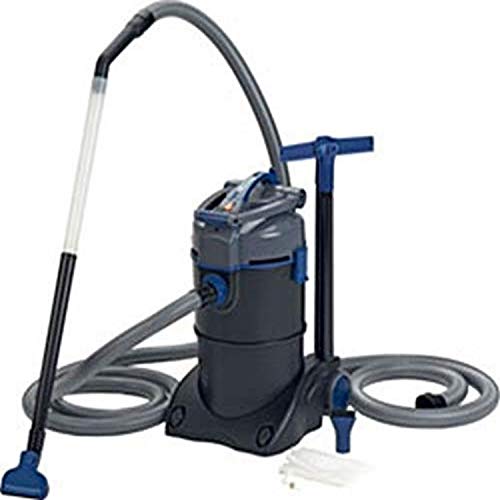 Bekko Varieties & How to Identify Them

There are three primary Bekko varieties. These are: Aka (red), Shiro (white) and Ki (yellow) Bekko, with Ki being the most rare. Within these, you can also find Doitsu Bekko. Bekkos are almost never metallic, but can occasionally be found as Gin Rin or Kin Rin.

Aka Bekko have an entirely red base with dalmation-like black Sumi spots on the body but not the head. The pectoral fins and tail may be partially or entirely white, but otherwise there should be no other colors present other than red and black.

These are the most common type of Bekko, and have an entirely white base with dalmation-like Sumi spots, again on the body but not the head. There should be no other colors present other than white and black.

The rarest Bekko coloration, Ki Bekko are entirely yellow with, again, dalmation-like black Sumi spots along the body and not the head. The pectoral fins and tail may be partially or entirely white, but otherwise there should be no other colors present except yellow and black.

As with other Doitsu koi, Doitsu Bekko are entirely or almost entirely scaleless and smooth. They can be either Aka, Shiro, or Ki, as well as KinGinRin. Doitsu Bekko in general are fairly rare, with Ki Bekko being understandably incredibly rare.

Translating to “silver reflective scales,” Gin Rin Bekko have a metallic silver-white base overlaid with the Sumi patterning found in all Bekkos. Gin Rin Bekkos are always Shiro, and may be Doitsu as well like in the video above.

As you might’ve guessed, this translates to “golden reflective scales.” Kin Rin Bekko can exist as Aka or Ki.

How to Appreciate & Judge Bekko Koi

If you’re considering entering your Bekko koi into competitions, there are a number of things that you should familiarize yourself with. First and foremost, know that every competition is different and entirely dependent on the judges themselves – what may be considered appealing to one judge may not be to another. In Japan, judges also value fish based on their monetary value – a fish that costs more may result in an automatic bias in that fish’s favor, while if judged elsewhere patterning and proportions may come more into play. Try to know your audience beforehand.

Additionally, Bekko koi are unfortunately often viewed as a “secondary” koi, as they are often the accidental offspring of Sanke and can therefore be viewed as somehow lesser. This is unfortunate, as Bekko koi are quite beautiful in their own right!

The fish should not have any abnormalities, such as missing fins, misshapen mouth, or bruises (unless they were accidentally caused during transportation). Bekko should also not have any parasites, ulcers, or other forms of illness.

In addition to the above, there are some criteria specific to Bekko that are often assessed by judges. The Sumi patches are perhaps the most important. These should be jet-black, not faded in appearance, and be somewhat uniform on each side of the koi’s spine and not extend past the lateral line of the fish’s side but rather exist only on the back. Some judges value Bekko with a great deal of Sumi that bleeds together, but today a more sought-after trend is well-spaced Sumi in a dalmation-like or stepping stone pattern.

Sumi should not be present on the head at all. Some judges may be alright with a very slight amount of Sumi here so long as it appears balanced, but in general this isn’t viewed as desirable or high-quality breeding. Black coloration can exist on the pectoral fins in the form of small Sumi spots or stripes. There can be some Sumi striping on the tail, but too much striping is viewed as unattractive.

Shiro Bekko should have vibrant, paper-white coloration – an off-white or yellowish hue will not be judged favorably. The face in particular should be dazzlingly white. Aka Bekko should ideally be a very vibrant crimson or scarlet red, but some judges may accept a slightly orange coloration so long as the color is uniform throughout the entire fish. You should not have an Aka Bekko whose scales possess both red and orange coloration. The red can bleed into the pectoral fins, but should not be present on the tail. Ki Bekko should be as rich and bright yellow as a ripe pineapple or lemon. Again, the yellow can extend into the pectoral fins but should not exist on the tail.

Doitsu Bekko should possess the aforementioned qualities dependent on their exact color variety. They should be uniformly, smoothly scaleless, but can possess a handful of scales on either side of the dorsal fin so long as they mirror each other in a largely symmetrical manner.

Bekko koi, much like other koi varieties with vibrant colors, are more obviously sensitive to water quality parameters. We say “obviously” because you will be able to visually tell by looking at your Bekko if your parameters are off. For example, a diet too high in color enhancers, like spirulina, will cause the white portions of a Shiro Bekko to take on more of a yellow tint. It can also cause off-color orange spotting in Aka Bekko. Water that has a higher KH (water hardness) and pH often results in Bekko with darker, inkier-looking Sumi, though this can be a desired trait.

Bekko koi tend to be one of the more affordable varieties of koi since they are often, as mentioned previously, viewed as the “secondary” offspring of Sanke. Note the Shiro Bekko will be the most common and therefore cheapest, while Aka are the most rare and therefore tend to come with a steeper price tag. When purchasing, you should also factor in their water quality needs (discussed below) and the fact that proper aeration and filtration will be needed if these are not things already in place in your pond.

Though lacking solid scientific evidence to back this up, some argue that water temperature plays a role in the appearance of Bekko and other koi with red or yellow colorations. Apparently, colder water lends to Bekko with darker red or yellow coloration, while warmer waters lend to more vibrant hues. As mentioned previously, Bekko prefer water temperatures between 50° F to 78° F, or 10° C to 25° C. Additionally, make sure that your pond has varying depths to allow for your Bekko, and any other koi, to swim to different depths to help naturally regulate their body temperature as needed.

To help develop and maintain healthy coloration, non-Shiro Bekko koi are often fed diets with color enhancers, such as those containing spirulina or krill, as well as those with ample (>30%) protein to aid in proper growth. In particular, studies have found that feeds with high carotenoids result in a greater concentration of carotenoids in the skin, therefore leading to more vibrant coloring in yellow and red koi, such as Aka and Ki Bekko. These color enhancers are of lesser importance if you don’t wish to show your fish at shows. Otherwise, though, the dietary needs of Bekko are much the same as most other koi.

How to Breed Bekko Koi

If you’re looking to breed your Bekko for the purpose of obtaining a specific variety or scale type, do keep in mind that this can be tricky. Simply due to the nature of genetics and the incredible amount of chance and nuance involved in coloration alone make it very difficult to obtain exactly what you’re looking for with any koi breed, unless you’re a professional with an established line of Bekko.

One study found the Bekko koi are among one of the easier varieties to breed, with two Bekko parents yielding an average 3:1 ratio of Bekko to non-Bekko offspring. Shiro Bekko are, of course, the easiest to obtain when breeding, with Ki being second and Aka being the most difficult since there are a multitude of alleles that must be present in order to present the proper red base with black Sumi.

What is the Cost of Bekko & Where to Buy Them?

As mentioned above, the cost of Bekko varies depending on the exact variety and size. A younger, smaller Bekko will always be cheaper since its final appearance is uncertain, while a larger Bekko will typically cost more as its colors and patterning have matured fully.

As with any koi, these prices are quite variable and depend on the seller and location. We encourage you to check with your local breeder or online breeder for more exact information. Be sure to purchase Bekko, or koi of any type for that matter, only from reputable breeders. Oftentimes, cheaper koi come from large fish farms or shady operations that don’t prioritize the health and wellbeing of the fish. Koi from non-reputable sources could be mistreated or have illnesses or parasites from being stocked with too many other fish or not being care for properly.