The northern pike, also known as the common pike, the northern pickerel, and the Great Lakes pike, is native to North America (most notably the Great Lakes region) and Eurasia. Its Latin name was derived from its aggressive and voracious nature – Esox translates to “pitiless,” while lucius translates to “water wolf,” the latter of which is a term sometimes still used by anglers today.

Esox is the only genus still living in the family Esocidae, a family that was once widespread around the world. Currently, there are seven recognized species of pike and pickerel in Esox, northern pike of course being one of them.

Reaching an average size of up to 3 feet (sometimes longer) and 15 pounds or more while also possessing a thick, protective mucous coating has earned these sport fish the inelegant nickname of “snot rocket.” This slime coating, combined with rows of incredibly sharp teeth, make this quite a difficult fish to catch as it can simply bite through standard fishing line and can easily wriggle out of one’s grasp once caught. 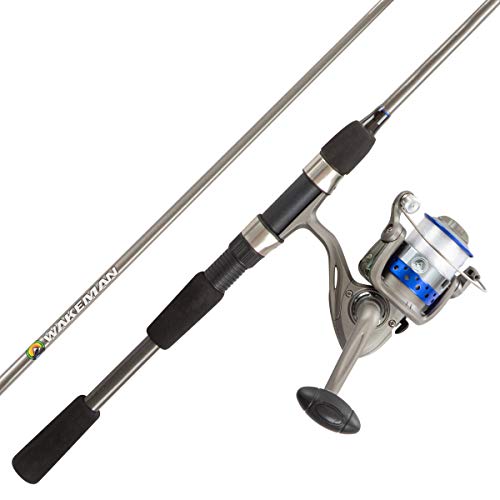 Northern Pike Habitat Facts – Where Do They Live?

Northern pike are native to much of North America and Eurasia. They tend to prefer cool, shallower waters, including lakes and rivers, with plenty of vegetation for them to conceal themselves from prey species. During the summer when temperatures rise, they may move to deeper waters to remain cool.

As a predatory ambush species, they are likely to be found around fallen trees in the water and logjams. Larger pike are typically found in open waters rather than streams or rivers.

Pike are incredibly adaptable, able to be found in muddy water, freshwater, and even brackish water. Low dissolved oxygen levels aren’t as detrimental to them as some other fish species, and this has helped them to become a widespread species in their native ranges…and even outside of them.

Outside of its native range in Alaska, for example, northern pike are considered to be a nuisance species. They are such rapacious hunters that they both outcompete and kill native fish species, and have severely reduced rainbow trout populations.

Pike are at the top of the food web in most ecosystems where they’re found. This makes them exceptionally important for helping to shape and control the populations of invertebrates and other fish.

These avid predators are not picky eaters. Their primary diet consists of small shoal fish, but they also eat insects, amphibians like frogs, just about any fish smaller than they are, and even things like mice or ducklings that are in the water. They have also been known to eat members of their own species when food is scarce.

Typically, insects and zooplankton make up the majority of their diet as juveniles. Adult pike are almost entirely piscivorous, feeding on the other creatures listed above when other fish are more scarce. Interestingly enough, a study conducted in Alberta on the trophic adaptability of pike found that the adult diet can differ greatly depending on other fish are found in the water.

In pike-only lakes and ponds, the pike almost exclusively eat invertebrates like insects and crayfish, and very occasionally juvenile pike. In waterways that contain a variety of fish species, their diet is composed almost exclusively of other fish.

Northern pike eggs and young are fed on by fish, waterfowl, and the occasional aquatic mammal, like the muskrat.

Once water temperatures exceed 45° F (7° C), many northern pike begin moving either upstream or simply to the weedy shallows in lakes and ponds for spawning. Males usually arrive first, followed by larger females.

Each female may be followed by one or several smaller males as she swims through vegetation, with eggs and sperm being released simultaneously. This can occur for several hours during the day, resuming the next day for up to a week. Each female can lay anywhere from 15,000 to 75,000 eggs.

Fertilized eggs sit in the protective vegetation for about two weeks before hatching. Once hatched, the fry will start off feeding on zooplankton, switch to invertebrates like insects and crayfish, and by two to three weeks of age will begin eating small fish. Sexually maturity is reached by one year of age.

Fishing regulations for pike vary greatly depending on location. For exact information, you’ll need to look up the area that you’re considering fishing. For example, if you’re in the United States, you absolutely cannot fish pike during the spawning season, from March 15th through April. In Iowa, however, you can fish for pike year round without any size restrictions.

As they are an abundant species, whether found in the US, Canada, or Russia, fishing for them is generally allowed almost year-round, with ice fishing for pike being a particularly popular sport.

Do be aware of pikes’ multiple rows of incredibly sharp teeth, which are able to bite through most standard fishing lines. They are able to do this so quickly and efficiently that oftentimes the line is cut before the angler even knows they had a pike.

Line made with fluorocarbon has become a go-to for pike anglers, as it has little stretch yet is pliable enough to not be easily chomped through. You should also use a leader line to attach bait or lures to – wire leader lines are durable and work well for pike, but fluorocarbon also has benefits as it is harder for the pike to see and therefore less likely to be targeted.

Pike are intelligent fish, typically taking some time to investigate their prey before attacking. If they clearly see a fishing line attached to a lure or bait, they’ll cut the line and be done with it.

The best spots to find pike are usually in weedy areas 3 to 6 feet deep, where they often hide while waiting for prey to show up. During the summer when things warm up, they can be found in deeper water – sometimes up to 20 feet deep. The larger the pike, the deeper they’re likely to go as they’ll be less worried about being eaten by larger fish that are also found deeper.