Worldwide, there are only seven living species of swans. These include the trumpeter swan, tundra swan, Bewick’s swan, whooper swan, black swan, black-necked swan, and mute swan. They’re found in the subfamily Anserinae (within family Anatidae), which they share with geese, though swans are of course split from geese into the genus Cygnus. This is why fledgling swans are often called cygnets.

Each swan species, regardless of its native continent, is quite similar. They all possess a very similar large build, bills made for dabbling about underwater for plants and macroinvertebrate insects, long and elegant-looking necks, gorgeous plumage, and a nature that is most often described by people as, to put it kindly, irritable.

Their large, yet compact, build make them well-suited for cooler climates, and as such most swans are typically found in the northern hemisphere, with the exception of the Australian black swan and South America’s black-necked swan.

Do Swans Really Mate for Life?

Swans don’t much enjoy interacting with people or other animals due to their territorial nature, but most of them do mate for life and show great trust and cooperation in their relationship with their mate.

The male and female often gather food together, rest together, build a nest together and raise young together. Separation from a mate usually only occurs with death of one of them or the death of their young. In such instances, the swan(s) will find another mate within a year or so, and again stay with them for life, if possible.

Lifelong pair bonds are thought to exist as a means of living longer, having better access to higher quality food, and, most importantly, increased offspring survival rates. Studies conducted on Bewick’s swans have found that aggressive encounters from other swans as well as from potential predators occur much less frequently when mated pairs are together.

When separated or unpaired, hostile encounters occur more frequently and, in females, are more likely to result in injury of the adult swan or the death of any present cygnets if she doesn’t have a mate or her mate is absent. This occurs somewhat less frequently among males as they are, usually, more hostile in fights than females are.

Are Swans Beneficial to the Environment?

Whether you love them or hate them, swans do play key ecological roles in their native habitats. Through feeding, then swimming and flying, swans help to disperse the seeds of aquatic vegetation, while also feeding on these plants and thus keeping their populations in check. Consequently, this facilitates openings in the water, which provide habitat and greater ease of movement for fish, amphibians, muskrats, and other waterfowl. 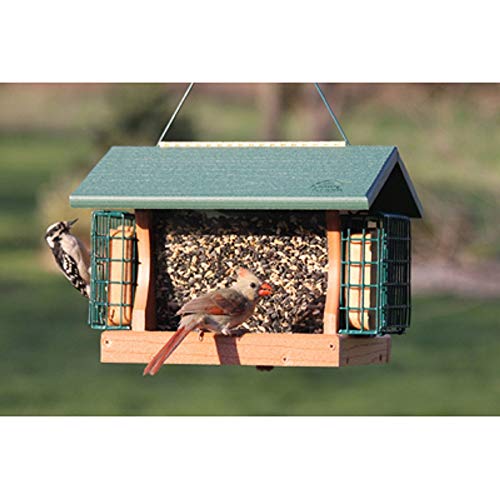 Below, you will find a concise guide to the appearance, size, behavior, location, diet, and any other pertinent facts about each swan species. And here you will find a quick and easy guide on how to tell each species apart visually (this ID guide also includes the coscoroba swan, which is more closely related to whistling ducks than swans based on emerging DNA and taxonomic technology).

As evidenced by part of its Latin name, Bewick’s swan is a subspecies of the tundra swan. They are sometimes referred to as the same species as tundras due to their similar size and appearance. Bewick’s swans are often also called the whistling swan. They spend their summers in Siberia, and migrate to the UK during the winter. They can be found in various portions of Alaska in both winter and summer.

The base of their beak is yellow, with the rest being black, and overall appears rather ducklike. They’re among the smallest of the swan species, weighing in at only 14 pounds with a wingspan of 5 to 6 feet (overall, about the size of a large male Canada goose).

They can be found in marshlands and open waters like ponds or lakes dabbling for vegetation, as well as in crop fields and natural savannas eating crops like wheat and potatoes, and native grasses. They occasionally eat aquatic insects as adults, but these protein-rich organisms more so make up the diet of quickly growing cygnets.

A native of Australia where they are found year-round, due to human transportation of the species black swans can be found readily throughout Europe and in residential areas of North America. They are considered invasive outside of Australia, and as with any invasive species can cause damage to ecosystems and may outcompete native waterfowl species for resources.

Perhaps the most easily identifiable of the swans, black swans are almost entirely black with distinct, vibrant red bills. They’re a medium-sized swan, weighing as much as 20 pounds with a wingspan up to 6.5 feet.

Black swans prefer somewhat smaller waterways rather than large, open waters, and are often found in rivers, inland ponds, estuaries, and wetlands. A study of Australia’s waterfowl conducted in collaboration between several different universities found that black swans play a key role in dispersing native invertebrates and plants throughout the more arid regions of Australia. It is theorized that these dry areas would otherwise potentially have a difficult time maintaining healthy plant and macroinvertebrate populations.

The black-necked swan is quite unique in that it’s not only the largest waterfowl species found in South America, but is also the only swan that breeds in the Neotropics. They breed in the very southern portions of South America, such as Patagonia and the Falkland Islands, and move further north during the “winter” to Paraguay, Brazil, and Bolivia.

Very easy to identify, black-necked swans have white bodies with, of course, a black neck and head. Their beaks are black or grey, with males possessing a large red carbuncle at the base that’s quite easy to see. The purpose of this carbuncle is to attract females during mating season, with males enlarging it during this time both to gain the attention of females and to intimidate other males.

A smaller species at a maximum weight of 15 pounds and wingspan of 4 to 5.5 feet, black-necked swans prefer wetlands to larger open waters. They feed primarily on algae and aquatic plants, but they will also readily consume grains, grasses, and crops like potatoes and carrots. Cygnets feed on aquatic insects and fish eggs, and adults may also feed on these if vegetarian food sources in the area are limited.

Native throughout Europe, mute swans are the species most often pictured when someone mentions swans. They’re very large, beautiful, and have a characteristic black bump on their bill. However, in the 1800s these birds were brought to the US to essentially adorn gardens and parks, and have long since established extensive populations and are a majorly destructive invasive species in North America.

With their bright white plumage, impressive size of up to 26 pounds with a wingspan up to 8 feet, and characteristic curved necks that form a romanticized heart shape when resting with their mate, this species is hard to miss. A bright orange beak with a large black basal knob at its base makes them even easier to identify.

Both males and females have this knob, but studies have found that males will enlarge theirs during the mating season to attract females, while females enlarge theirs shortly after cygnets hatch. The latter is likely due to hormonal fluctuations and as a means of keeping the male interested in sticking around to help with raising the young. Overall, whether male or female, the size of this bump directly influences breeding success as hormones and genetic health determine the basal knob’s size throughout life.

A versatile species, mute swans can be found in wetlands, dykes, flooded fields, ponds, lakes, and rivers alike. Here, like the rest of the swans on this list, they have a primarily vegetarian diet, feeding on plant matter ranging from aquatic plants to grasses and crops. They’re so large that, outside of their native Europe, they easily outcompete native waterfowl species in the US for food and habitat (this is why if you see one in North America, you should report it immediately).

This large swan is native throughout much of North America, though the greatest numbers occur in Alaska (some 13,000 birds) and Canada (around 2,000 birds). They can also be found in the Midwestern and western states, though not as commonly. Unfortunately, the invasive mute swan in combination with overhunting and the destruction of wetlands decimated this swan’s numbers throughout the 1900’s. Their numbers are on the rise, though, thanks to targeted conservation efforts over the last several decades, and trumpeter swans are no longer listed as an endangered species!

About the same size as a mute swan at 25 pounds with a wingspan around 7 to 8 feet, trumpeter swans can be distinguished by their purely black bills that are straight and lack the basal knob that mute swans have. They are, on average, considered to be the largest living species of swan.

Despite their large size, trumpeters prefer shallower waters only a few feet deep to allow for greater ease when foraging for plants. They are known to sometimes eat small fish, fish eggs, and other small wetland creatures like frogs, but are primarily vegetarian. Their appetite focuses on aquatic plants like pondweed, duckweed, and algae in the summer, and both wild and cultivated plants like rye grass, blueberries, cranberries, and potatoes in the winter. Cygnets, as with all of the other species on this list, feed heavily on aquatic insects.

Tundra swans, as might be guessed from their name, nest in the tundras of the Arctic during the summer, and migrate south to Canada and northern portions of the US for winter. They prefer staying in large, protected flocks during the winter, but in the breeding season will tend to associate only with their mated pairs and any cygnets that they may have.

At first glance, tundra swans appear somewhat similar to trumpeter swans. However, tundras are distinguishable by their smaller size averaging 15 pounds with a wingspan of closer to 5 feet. They also possess yellow spots on either side of their black bills.

When wintering in North America, tundra swans are most often seen in large flocks on lakes, estuaries, and even water treatment plants if they have large outdoor ponds. Their food is limited to whatever survives during winter – aquatic plant tubers and stems, mollusks and crayfish, dried wild grasses, and crops left in the fields like old corn, potatoes, and winter wheat.

Pronounced “hooper,” whooper swans spend the breeding season in Eurosiberia, and occasionally in Alaska and the UK. They migrate to southern Europe and eastern Asia for the winter, sometimes travelling thousands of miles away from their breeding grounds.

Whooper swans are large, well-built for cold Siberia, at nearly 24 pounds on average with a massive wingspan ranging from 6.5 to 9 feet! They are easily distinguishable from Bewick’s swan, which often occupy the same habitats, by their larger overall size and bill that is typically half yellow (toward the base) and half black (toward the tip).

They are most often found swimming in open waters, as their legs cannot support their large bodies for extended periods of time. Wetlands are their preferred breeding habitat, but when overwintering they are often found in lakes, ponds, and other open water bodies. They feed mostly on vegetation, like rushes, pondweed, aquatic tubers, grasses, and starchy crops, but will occasionally eat insects and small fish as well.