Lake Wateree is a large, manmade lake in South Carolina, created through flooding in 1919 with the construction of the Wateree dam on the Wateree River. This manmade lake includes a few features important to conservation and recreation, such as Lake Wateree State Park, where hiking, boating, and camping are popular activities.

Additionally, Lake Wateree is full of a variety of introduced sport fish and is a major state location for fishing. The South Carolina Department of Natural Resources monitors the lake’s recreational fishing and manages its fish populations. The lake is also home to Liberty Hill Wildlife Refuge, which provides habitat for many birds such as turkey, quail, bald eagles, osprey, shorebirds, and songbirds.

Lake Wateree was named after the Wateree people, a Native American tribe who have gone extinct due to European colonization and displacement, most likely in the 1700’s. Some Wateree tribe survivors may have merged with the currently existing Catawba tribe.

How Big & Deep is Lake Wateree?

At 21 square miles with 216 miles of shoreline and a maximum depth of 64 feet, Lake Wateree is a good-sized like affording ample opportunity for fishing and other forms of recreation. It has many islands that dot its length, which spans across three different counties. 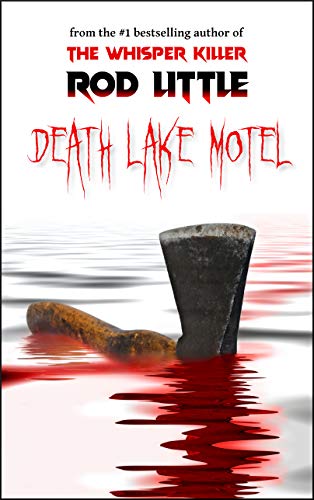 Lake Wateree contains 17 species of sport fish that are managed by the South Carolina Department of Natural Resources, and many other native fish species. Here, we’ll cover the top 7 fish species found in Lake Wateree, including their appearance, size, preferred habitat, and spawning habits.

There are two main species of catfish in Lake Wateree, the channel catfish (Ictalurus punctatus) and the blue catfish (Ictalurus furcatus). Catfish thrive in dark, murky bottoms of water bodies using enhanced senses of smell and taste – even nicknamed the “swimming tongue” because they have taste buds located all over their body. Their taste systems are sensitive to amino acids in the water, which helps them track food as well as communicate territorially to other catfish. These species both have four distinct pairs of barbels, sensory whisker-like organs.

The channel catfish is the most popularly fished and farmed species of catfish in the U.S. They have been introduced to other parts of the world and have even become invasive in some areas because they are competitive and opportunistic feeders. While the average-sized channel catfish is generally under 10 lbs, they can reach maximum weights of 50 lbs. Their average length is 22 inches and life span is 14 years.

Channel catfish feed primarily on smaller fish, snails, clams, mussels, crustaceans, amphibians, and some aquatic vegetation. Spawning occurs once a year, through the spring and summer months. The mating process starts with the male digging out a nest on the lake bottom, then both male and female individuals use pheromones during the courtship dance. After the eggs are fertilized, the male stays and protects the nest, while the female guards from a distance.

The blue catfish is the largest catfish species in North America. It is distinguishable from the channel catfish by its blueish coloration and size. This species can live to be older than 20 years and grow to impressive sizes! The most recent record for weight was close to 150 lbs, but most are under 100 lbs. They range between 25-46 inches in length. Blue catfish tend to migrate and disperse more than other catfish species, as they are tolerant of a range of conditions including brackish waters. They have dominated many habitats where they have been introduced.

The blue catfish has much the same diet as channel catfish, preferring a diet of small fish, various crustaceans and other macroinvertebrates, and occasional vegetation. Their breeding patterns are the same as well, also occurring during the spring and summer with males digging a nest and the lake’s bottom and closely protecting the nest after the eggs are fertilized. Female blue channel catfish will also protect the nest, but from a further distance away.

The largemouth bass is a species of black bass in the sunfish family Centrarchidae. It is native to eastern and central North America, but now has an extensive range as it has been introduced worldwide for recreational fishing. It is olive green in coloration with dark and jagged horizontal stripes along its sides, and a light underbelly. Its average size is 16 inches, and average weight about 22 pounds, with females growing larger than males. Spawning can occur more than once per season. In this species, males are involved in much of the breeding process. The males dig out large nests and guard the eggs after fertilization.

Largemouth bass is a carnivorous fish that consumes mostly anything available to it – other fish, crayfish, amphibians, and has even been known to eat mammals, small birds, and alligator and turtle hatchlings. They generally prefer areas with good aquatic vegetation cover so that they can ambush prey.

The striped bass is an Atlantic anadromous fish, meaning it naturally spends its adult life in saltwater and migrates to freshwater to spawn. However, it was discovered that they can adapt to living their entire lives in freshwater when some populations in recent history became landlocked due to the construction of manmade dams. Striped bass have since been introduced into many inland areas in the U.S., and even around the world for sport fishing and aquaculture.

During spawning season in the spring, striped bass migrate upstream. Females can release up to 3 million eggs while spawning! Their semi-buoyant eggs are then fertilized by multiple fighting males. The eggs require fast-flowing water to keep them moving so that they don’t settle and suffocate. Since spawning cannot occur successfully in Lake Wateree, the lake’s population of striped bass is dependent on the South Carolina Department of Natural Resources which stocks and maintains the striped bass population. Striped bass is the South Carolina state game fish, and South Carolina can be credited for widely used striped bass hatchery knowledge and artificial spawning techniques using hormones.

Striped bass has a streamlined body shape, with silver coloration and dark horizontal stripes lining its sides. They can grow to lengths of up to 35 inches, and generally weigh 20-40 pounds in freshwater. They can grow much larger in saltwater and have been recorded at weights over 100 pounds!

These freshwater sunfish are most commonly known as crappies, though they have other common names such as speckled perch, strawberry bass, calico bass, and papermouth. There are two species of crappie in the genus Pomoxis – the black crappie (Pomoxis nigromaculatus) and the white crappie (Pomoxis annularis). Both can be found in Lake Wateree. Their names can be deceiving, as light or dark body coloration varies by individual. The easiest way to tell them apart is by their markings. The white crappie has dark vertical stripes and spots on their sides, while the black crappie has dark irregular blotches covering its body. They also differ in the number of dorsal spines; white crappie possess 5-6 spines and black crappie possess 7-8 spines. Finally, they differ in habitat preference, as white crappie can be more often found out in the open water and black crappie tend to prefer dense vegetation to hide in.

Crappies are social fish and gather together in large schools. Even during the breeding season, nests are built close together, forming large nesting colonies. Spawning occurs in May and June, and crappies are very fertile – they can overpopulate if uncontrolled! Both white and black crappie diet consists of small fish, zooplankton, crustaceans, and insects. Crappies are small in size – the average individual weighs 1 lb and measures 5-12 inches in length. Despite their size, they are a very popular gamefish.

The Bluegill is another small member of the sunfish family that is popular for game fishing in Lake Wateree. Although it is commonly referred to as bream, it is not to be confused with the European bream, Abramis brama, a different game fish. The bluegill is native to eastern North America but has been introduced to different parts of the world and has been labeled a pest in some areas. It can be identified by its distinct coloration – blue around its gills, a yellow/orange belly, and olive stripes. On average, they don’t grow much larger than 6 inches and usually weigh about 1 lb.

The bluegill’s diet consists mainly of small fish and insects, but it is also a prey animal and provides an important food source to larger fish, as well as birds and mammals. They prefer sheltering in shallow water areas containing lots of aquatic vegetation. There is safety in numbers, and like the crappie, the bluegill males build their nests in large colonies of up to 50 nests and aggressively defend them.

Bluegills are skilled at moving through the water unpredictably to feed and escape predators. Their laterally compressed bodies allow them a lot of flexibility while swimming. While most fish use their caudal fins to propel themselves through water, bluegills use both their caudal and pectoral fins, which allow them to brake, turn suddenly, and even swim backward.

The redear sunfish is commonly known by fishers on Lake Wateree as the shellcracker. Other common names for it include Georgia bream, cherry gill, chinquapin, rouge ear sunfish, and sun perch. It is closely related to and looks similar to the bluegill, but can be distinguished by differences in coloration and size. The shellcracker has orange/red lining its gill cover and is slightly larger than the bluegill, growing up to 12 inches long and weighing 2 lbs.

The name shellcracker comes from this fish’s diet, which consists mainly of snails. It has similar reproductive behavior to the bluegill, but the two species coexist well and do not compete for food or nesting space.