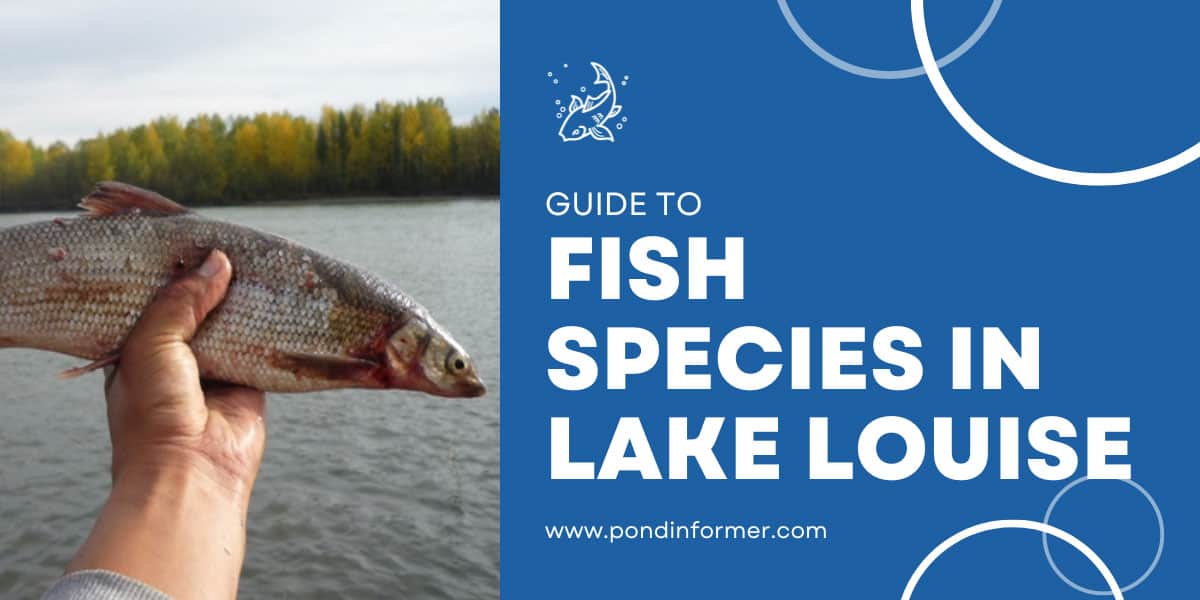 Alaska houses more than 40% of U.S. surface freshwater resources, which includes a whopping total of over 3 million lakes statewide! Alaska’s astounding number of lakes is a result of historical glacial activity. The spread of lakes across the state is imbalanced, with most concentrated only in a few regions known as “lake districts”.

Lake Louise is a picturesque getaway perfect for nature lovers. The 90-acre (0.36 km2) Lake Louise State Recreation Area has countless outdoor excursions for visitors like camping, hiking, berry picking, and northern light viewings in the winter. The lake also sits along the Copper Basin 300 Dog Sled Race route. Additionally, bird watching is an essential item on any visitor’s agenda, as Lake Louise is the only place to witness cormorants nesting by freshwater in Alaska.

When it comes to fishing, ice fishing in the winter is exemplary. Though a limited number of species can survive Alaska’s wintry conditions, Lake Louise is filled with slow-growing fish that regularly reach trophy sizes. Anglers can expect to catch burbot and Arctic grayling, as well as the massive lake trout that Lake Louise is famed for.

Lake trout inhabit the frigid, deep waters of lakes throughout the northern United States and Canada. Also known locally as mackinaw or lakers, lake trout are grouped together with charr, salmon, and whitefishes in the massive Salmonidae family. Like other trout, they have elongated bodies and wide mouths utilized to scoop up fish. Their brown skin is crowded with countless cream spots, which extend onto all the fins, in an impressive display of camouflage that helps trout blend in with the rocky areas in which they reside. Contrary to their relatives, however, lake trout lack pink spots on their bodies and possess prominently forked tails.

Though char are typically short-lived, the next laker you catch might be older than you are! Lake trout reach sexual maturity when they are 5 – 10 years old, and can survive for up to 60 years. Mature fish spawn in September and October, over silt-free, gravelly areas at the bottom of the lake. They conduct broadcast spawning, a reproductive strategy in which eggs and milt are released openly in conjunction with each other. After mating, lake trout are unconcerned with the survival of their eggs and offspring. Fertilized eggs instead gain protection from the rocks over which they were deposited, settling in crevices that shield them from predators.

Lake trout provide excellent ice fishing and versatile meat that have made them the most sought-after game fish in Lake Louise. They grow over 4 feet (1.2 m) long, and anglers frequently hook 20-pound (9 kg) monsters. Still, because of the lake trout’s slow growth rates, populations take a long time to replenish themselves, which leaves them susceptible to overfishing. Lake trout harvest in Lake Louise is restricted to 1 fish per angler per day.

The term “whitefish” is an unofficial assemblage that encompasses many silvery food fish that inhabit cold climates, including the genera Prosopium, Stenodus, and Coregonus. Round whitefish are one of the smaller species, rarely exceeding 16 inches (40.6 cm) long. These tube-shaped fish have brown backs and metallic bodies, with fins tinged yellow or orange-brown. Their defining trait is a single flap of skin between the nostrils.

In comparison to other whitefish species, round whitefish are rarely encountered by anglers. They have tiny, inferior mouths unsuited for hooks, occupy depths as low as 100 feet (30.5 m) below the surface, and avoid gathering with other fish. Anglers who are successful in catching this elusive fish should be sure to enjoy its delectable meat, revered for its mild flavor.

Native to the Arctic Basin

Humpback whitefish are laterally compressed fish whose sizeable bodies are contrasted by their minuscule heads. As their common name suggests, adults have a “humped” shoulder behind their heads, followed by a small, sickle-shaped dorsal fin midway between their cranial and caudal ends. Humpback whitefish have low mouths adapted for bottom feeding, with upper lips that overhang the lower jaw. They swim along the lake floor and extend their mouths outwards to suck up benthic invertebrates such as mollusks, shrimp, and insects.

Humpback whitefish are distributed throughout the Arctic Basin, with a circumpolar range that sweeps eastwards across the coasts of Finland and Russia to Alaska and Canada. They are crucial not only in maintaining lake food webs as prey for bigger, piscivorous fish, but also in supporting subsistence fishing for some Alaska Native communities. Though isolated freshwater populations exist in Lake Louise and several other lakes throughout Alaska, humpback whitefish are naturally anadromous. They spend the majority of their time in brackish environments and only migrate inland during the summer to spawn. Because of this dynamic lifestyle, humpback whitefish can tolerate a wide range of salinities.

Native to North America and Eurasia

Burbot, also called lawyers, are long, eel-like fish belonging to the cod family— the Gadidae— though some ichthyologists classify them and other cod-like fish as an independent family, the Lotidae. They are the only freshwater species in this clade, lurking in the low-light, demersal zones of glacial rivers and lakes that maintain temperatures below 158 °F (70 °C).

Burbot are most active at night, when they use the single barbel hanging from their chins to navigate the lake’s floor. They hunt restlessly for whitefish, sculpins, lamprey, and even other burbot! Once a fish is caught in the mouths of these unyielding predators, there is no chance of escape. Burbot use their strong jaws and sharp teeth to overpower prey until they stop struggling.

Burbot spawn in the late winter from February to March. Amazingly, this fish has adapted to reproducing underneath the frozen surface of lakes, where they commence a bizarre spawning ritual that involves schooling in a closely packed, ball-shaped formation. A single female burbot can lay up to one million eggs in a single spawning season.

Like lake trout, burbot in Lake Louise attain mammoth sizes. The Alaskan state record-holding fish was caught in the lake in 1976 and weighed 24 pounds (10.9 kg). Though only the most enthusiastic fish lovers appreciate the burbot’s unconventional beauty, they are a delightful catch, with a habit of wrapping an angler’s arm in a slimy hug when handled. The creel limit for burbot in Lake Louise is one fish per day.

Native to North America and Eurasia

Arctic grayling are gorgeous fish, donning an unmistakable tall, sweeping dorsal fin dotted with a vivid combination of turquoise, purple, and red. The upper margin of the dorsal fin is lined with bright scarlet, while pelvic fins range from orange to red. Their bodies are golden and are often painted with iridescent blotches of silver and blue. Small black dots run along the head and sides of the body. Even their scent is alluring— as freshly caught fish are said to smell like thyme.

Arctic grayling are the only grayling species in North America. On average, they live for 18 years, though fish in Alaska survive for over 30. They have reduced mouths specialized for feeding on insects drifting through currents, including black flies, mayflies, stoneflies, and caddisflies, as well as zooplankton. Arctic grayling are the most eager biters in Lake Louise and make an excellent target for inexperienced anglers.

The name Catostomus comes from a combination of two Greek words—kata meaning “down” and stoma meaning “mouth”—  a reference to the longnose sucker’s downward-facing mouth. They swim at the bottom of shallow waters, where they search for food on the lake floor. Their fat, fleshy lips are lined with little bump-like projections called papillae that are covered with taste buds. Interestingly, longnose suckers aren’t born with their signature ventral jaws. Juvenile suckers have anterior mouths like most other fish and feed on plankton near the surface. As they mature and shift to bottom feeding, the position of their mouth also gradually changes.

Longnose suckers are the only sucker species (family Catostomidae) that live in Alaska. Though only reaching lengths of up to 23 inches (58.4 cm), longnose suckers are one of the most easily identified fish in Lake Louise. They have golden-brown bodies that cut abruptly to a creamy hue on their bellies, with males developing black backs and a brassy red lateral streak during the summer breeding season.