Water striders – also known as pond skaters, water skippers, Jesus bugs, or water skeeters – belong to the family Gerridae. There are over 1,700 species in this family, many of which are found in freshwater and behave similarly to water striders in that they move atop the water.

The Gerridae family is incredibly diverse, including also water scorpions and stink bugs, therefore encompassing both terrestrial and aquatic species. One genus in the family, the Halobates, contains over 40 species that are found in marine habitats, including the open ocean.

Gerris is the genus within Gerridae that contains the species most commonly associated with the term “water strider.” In particular, Gerris species are known for their sleek builds that may initially resemble spiders. However, water striders are true insects, and not arachnids, most notably possessing six rather than eight legs.

The front two legs are found near the mouth, and are short, meant for holding prey in place. The other four legs are noticeably longer, and are the ones responsible for allowing them to “walk” on water while also sensing water vibrations from prey.

How do Water Striders Walk On Water?

Their main body, known as the thorax, is thin and oblong, averaging between 1.6 and 3.6 mm in length. Each leg is covered in thousands of microscopic hairs that are in turn covered by even tinier grooves. These hairs and grooves enable water striders to glide atop water effortlessly, as they essentially trap air and hydrophobic molecules that enable these insects to resist the water’s surface tension.

These cool, uniquely adapted hydrophobic legs allow the water strider to move at a pace of over a meter per second. To put this in perspective, a human would have to swim over 400 miles per hour, or 9 miles per second.

Water Strider Habitats – Where do They Live?

Water striders within the genus Gerris can be found in just about any slow-moving freshwater habitat, be that a pond, lake, swimming pool, or even mud puddles. Those that possess wings suitable for flying are continually flying about on the search for suitable habitat, and seem to be attracted to reflective surfaces. When they find water, they settle in – this is why you can fill a pond and sometimes within a matter of minutes notice water striders already in it.

As you may have gathered from the previous paragraph, some water striders can fly. Why only some? Well, while all water striders have wings, the size and functionality of these wings depends on their habitat. For example, water striders that inhabit only vernal pools or puddles that dry up quickly will evolve larger wings over several generations, as they need to be able to fly to new waters frequently.

Water striders found in lakes and ponds that don’t dry up and are large enough that they don’t need to leave will evolve smaller and weaker wings over several generations, which are predictably not very well suited for flight.

Water striders are quite numerous around the world, and as of yet there are no known significant threats to their population health.

Water striders are beneficial predatory insects, feeding on both live and dead aquatic insects that they come across, and occasionally small, freshly hatched tadpoles. Most notably, prey species include mosquito larvae and adults, dragonfly larvae, and midges, though they’ll eat just about any insect or larva that they are able to find, be it live or something dead that’s dropped into the water.

Their four longer legs quite adeptly sense vibrations in the water, which they will either head toward if the ripples are small enough to be prey, or dart away from if they’re large enough to be from a threat. Their two short, strong front legs grab onto prey, while a hollow straw-like mouthpart pierces the prey and essentially sucks them dry. Luckily, this mouthpart is too weak to penetrate humans, fish, or anything other than soft-bodied insects, nor do they show any interest in attacking non-insect organisms.

Water striders can be viewed as a relatively important species, as they not only feed on pest species like mosquitos, but also provide food for other organisms. Fish, birds, frogs, turtles, and some other aquatic insects all feed on water striders.

The Life Cycle of Water Striders

At around one to two months of age, water striders have developed into reproductively mature adults, usually around April or May in the northern hemisphere. Females are around twice the size of water strider males, sometimes near half an inch in length while males tend to be closer to a quarter inch long. Males, it has been found, try to mate as often as possible, while females try to limit mating as growing and laying eggs takes a great deal of energy.

To attain this goal, females have evolved to selectively limit mating via a genital shield that they use to block undesirable males from copulating with them. Interestingly, males have coevolved a workaround strategy – they’ll tap the surface of the water to attract predators. Since the female is beneath the male, she’ll be eaten first, and this is incentive for her to submit so that she can more quickly be on her way and avoid being eaten.

After mating, females lay eggs, adhering them to substrate, rocks, plants, or any other fairly stable, sturdy surface. Within around two weeks, these eggs hatch, so long as waters are somewhere around 77° F (25° C). Cooler waters may result in delayed hatching and development, while warmer waters may expedite the process. Water striders in the genus Gerris go through five larval stages of metamorphosis, reaching adulthood usually around one month of age.

Water striders usually live until a freeze hits, with adults dying and some eggs safely overwintering to hatch the following spring. If no freeze occurs, water striders have been known to live as long as a year.

How to Attract Water Striders to Ponds?

As a pretty generalist species with no specific habitat requirements other than fresh, slow-moving water, there’s no set way to attract water striders to your pond. Usually, if there’s water and other insects for them to eat, water striders will show up of their own accord.

You may be able to encourage their presence by incorporating a variety of plants in your pond – submerged, emergent, and floating. Plants will not only help clean water, but they provide ample habitat for other insects (which water striders will eat) and also provide a safe area for water strider larvae to develop. 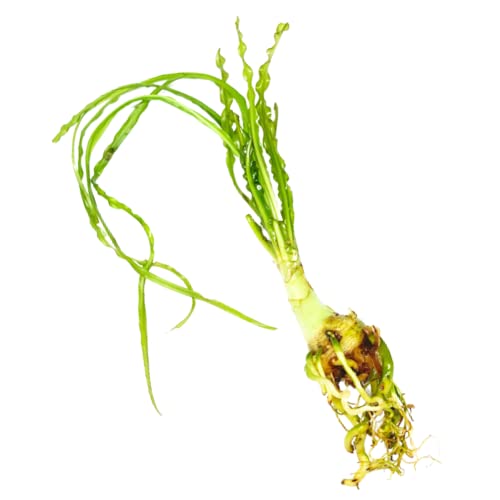 In addition, having a gentler pump and skimmer will likely help. Water striders prefer calm, slow waters, so any strong pumps, skimmers, fountains and the like are likely to create water movement that’s a bit too boisterous for these water-walking insects.

While there is contention as to whether water striders are desirable in a pond or not, this is largely personal preference. Some people find them to be a creepy nuisance, while others rather enjoy observing their gregarious and energetic gliding across the water. Don’t do away completely with pumps and skimmers, though – clean water is more likely to attract water striders, as they’ll have a harder time moving about in water that has too much debris and algae

Are Water Striders Beneficial to Ponds? Are They Dangerous?

Regardless of how you feel about them, water striders are at the very least not harmful to your, your fish, or your pond as a whole. They’ll never overtake your pond, nor will they harm your fish or plants. Some fish may even enjoy feeding on them, as will birds, frogs, and turtles, making them a valuable species to have around if you’re trying to encourage more wildlife presence at your pond.

Furthermore, water striders feed on other aquatic insects, including mosquito larva, thus helping to keep their populations under control.