Lily pads are often viewed as a positive and beautiful part of aquatic ecosystems. Their leaves (pads) provide valuable shade, habitat, and cover for many water species like fish and frogs, while their vibrant flowers attract pollinators and are in general aesthetically pleasing. Their seeds are consumed readily by deer, beaver, muskrat, and waterfowl.

However, depending on your location there are multiple species of invasive lily pads that can be detrimental to ecosystem health if left unchecked. Even native species, like the American white water lily (Nymphaea odorataa aiton), can sometimes become overgrown and choke up ponds and lakes with their extensive mat-like rhizome root systems, consequently out-competing other vegetation, impeding fish movement, depleting dissolved oxygen, and over time lessening biodiversity. Wildlife managers usually recommend that lily pads only cover a maximum of 25% of a water body.

With over 40 species, it can be difficult to distinguish native from non-native water lilies – for example, spatterdock (Nuphar lutea), or cow lily, produces yellow flowers and is considered invasive in Michigan and much of the Midwestern U.S., but below the Missouri River is considered a native species. Yellow floating heart (Nymphoides peltata) is only native in Asia and Europe.

Your best bet is to do some research and determine which lily pad species are native and non-native to your region. Regardless, there are a variety of methods available to remove invasives as well as to keep the native species in check. These we’ve listed below with the general pros and cons of each method:-

Similar to cattail removal methods, you can manually pull up lily pads. While the cheapest method, it’s not always the most effective – pulling them up by hand can often leave rhizomes behind, meaning that the lilies will simply resprout. As such, pulling is just a temporary control method. It can also be quite difficult work, especially if you’re trying to manually pull up lilies from across a very large lake or pond. Often times combining pulling with other methods will provide better (and easier) results when it comes to lily pad control. 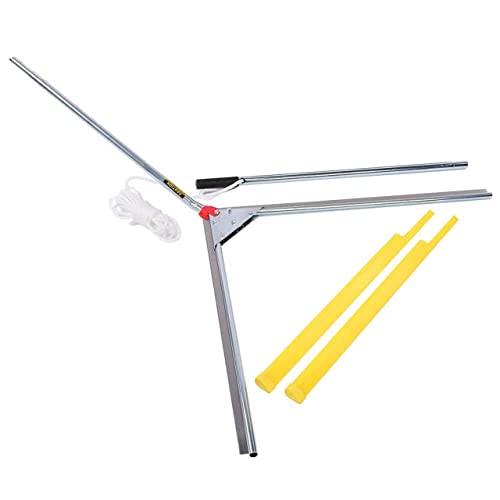 Utilizing a hard-tined gardening rake or specialised aquatic rake and dragging it along the bottom of the pond or lake is more likely to remove rhizomes than hand pulling, but can be time consuming and difficult. You could also dredge along the bottom of the water body to fully remove all rhizomes. Keep in mind that both of these methods will stir up sediment, and so you might need to remove your fish and other pond inhabitants while using either of these approaches.

Typically conducted on smaller water bodies, such as in ponds, you can cut water lilies just below the water line using shears or an aquatic weed whacker. However, this is very temporary and will need to be repeated several times during the year, as it won’t kill off the rhizomes and the lilies will continue to grow.

You’ll also have to remove any of the dead vegetation from the water to prevent oxygen depletion and algae growth. The perk here is that there is little to no impact to your fish or water quality, and it’s much easier work in comparison to manual pulling and raking, especially if using a specialized aquatic weed cutter. 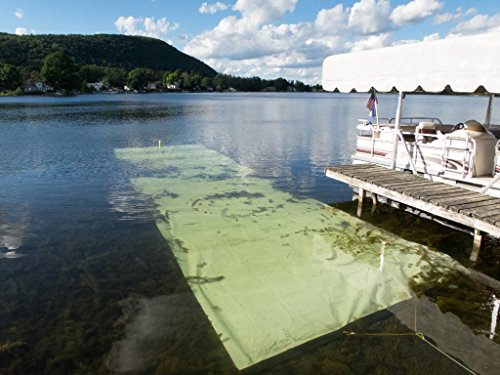 A fairly simple control method, shading involves placing a large piece of black plastic sheeting over the area of lily pads. This will prevent sunlight from getting through, and over time the plants will die. However, rhizomes are fairly hardy and can exist in dormancy for a time, meaning there is potential for the lilies to recover after using this method.

This may be more successful when used in conjunction with other control methods. You also shouldn’t use this technique if lily pads are present over a substantial part of the water body, as too much shade from the cover can negatively impact fish and any desirable vegetation that is present.

If you’re trying to control lily pads in a garden pond, installing a shade sail can help to greatly reduce their growth rate while you actively work to remove them with other methods. You can also check out our in-depth guide on how to shade a pond and recommended products here. 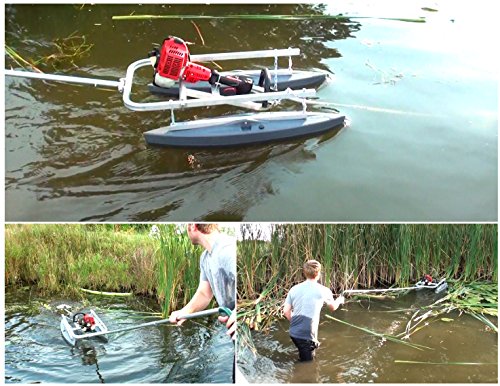 If your pond or lake has a well-established lily pad population, you may need to resort to heavier duty mechanical removal methods. Bulldozers, aquatic cutters, and aquatic mowers are all effective approaches that provide quick and long-term results, but in small water bodies like ponds fish will need to be removed to prevent adversely impacting them. In a larger lake, the fish will ideally be able to temporarily seek shelter elsewhere in the water

Some fish species love munching on water lilies, and while this biological control method won’t eliminate a lily pad population, it will help to keep it in check. As such, using fish is best suited for simply controlling native lily pads. Native lilies do provide beneficial food and habitat for a variety of wildlife species and removing them altogether could damage your fish population, while invasives should be eradicated completely.

Koi, goldfish, and grass carp are all known to eat the leaves and occasionally the roots of water lilies. Of these, grass carp are considered the most effective at controlling lily pad populations. However, it should be noted that while grass carp are cheap, they hail from China and are considered non-native in North America and Europe. Because of this, you may need to obtain a permit in order to have them in your pond or lake.

Some areas, like Florida, require that you use sterile (known as triploid) grass carp to prevent them from breeding and overtaking other fish species, and 32 out of the 50 states have made them entirely illegal to possess. They also grow in accordance to the water body size, meaning that in large water bodies with plenty of food, they have been known to reach several feet and 50-plus pounds in size, but average closer to 15 pounds in ponds. They are also likely to also nibble on other plants, such as water hyacinth, which may or may not be advantageous depending on your personal goals. Start off with one or two juvenile, less than 1-foot-long grass carp per approximately 65,000 gallons.

We really can’t state this enough – anything that is designed to kill or harm one thing is likely to kill or harm other things as well. With this in mind, chemicals should always be used as a last resort, and in strict accordance with labels and regulations. Do some research or contact your local environmental agency to learn which control methods are allowed where you live, and the regulations associated with them.

As mentioned in previous articles, glyphosate herbicides specifically approved for water works well with aquatic vegetation removal. As a systemic chemical, glyphosate works its way throughout the entire plant, roots and all. Approved by the EPA, glyphosates are the general go-to for water use, as it does not persist in the environment and is considered generally safe for fish and wildlife as long as label instructions and proper dosages are followed. Aquapro, Refuge, Aquamaster, and Rodeo are popular liquid glyphosate brands that are approved for water use.

Also used to control phragmites, imazapyr is incredibly potent, non-selective (it’ll kill just about anything that it comes in contact with), and as such is sure to eliminate lily pads. However, as mentioned in our previous phragmites control article, imazapyr persists in soil and water, is quite toxic, and will likely kill off native plants and potentially harm fish and wildlife as well. This chemical requires a license to use (you could either obtain this yourself or hire a professional) and should be applied with great care in accordance with the label. The only variety of imazapyr that can be used in aquatic systems is Habitat, and works best with a surfactant that will reduce surface tension so that imazapyr will more readily disperse into the water rather than concentrating in one area.

Herbicide (otherwise known as aquacide) tablets are quite concentrated, selective (meaning that they generally only kill what you want them to), and are designed more so to target and kill roots – this is perfect for aquatic plants that reproduce using rhizomes, like lily pads. Rather than diluting throughout the water body, tablets will sink into the root bed, release the herbicide slowly over a period of days as the tablet dissolves, and are less likely to damage other plants than liquid herbicides.

As the water lily grows, the roots directly absorb the herbicide sitting atop them and distribute it throughout the plant. In most cases, the entire plant dies after about a week. You will have to manually remove the dead vegetation, as otherwise it will sit at the bottom of your lake or pond and use up vital oxygen as decomposition takes place. In terms of chemicals, these little marble-sized tablets may be the most efficient and least harmful approach to managing your lily pad population.