How to Treat, Prevent & Identify Chilodonella in Koi 2023 (Updated)

Chilodonella are single celled ciliate endoparasites. Endoparasites are those that live a somewhat symbiotic relationship with their host; Chilodonella in particular use fish simply as an anchor point so that they can more easily feed on passing bacteria and microbes.

Regardless of not specifically feeding on their fish hosts, Chilodonella should still be treated as soon as they have been identified in your pond or you notice symptoms in your fish. While only a few Chilodonella don’t typically cause harm, if allowed to remain they open your fish up to a host of harmful secondary diseases and infections. 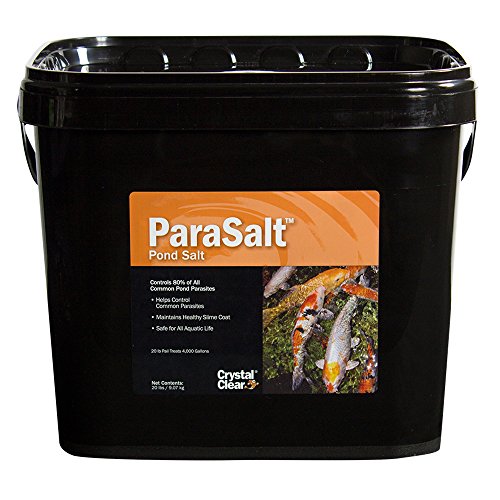 What Is Chilodonella? Is It Dangerous?

Chilodonella belong to the family Chilodonellidae, within which they are the only genus. Most species utilize fish as host vessels, but one particular species is actually being used as a natural biocontrol approach to disease-carrying mosquito populations.

These tiny parasites are most likely to be found in, on, or near the gills of fish, particularly in Chilodonella’s juvenile stages. As they become stronger from feeding, though, they may move about on fish and attach anywhere on the skin. While Chilodonella are not themselves overly harmful, they do open fish up to secondary illnesses and diseases.

Where Does Chilodonella Come From?

Most often, they are transferred to ponds via infected fish that were not properly taken care of (as is usually the case if they’ve come from an overstocked fish farm), and not quarantined prior to being introduced to a new pond.

How to Identify Chilodonella in Ponds, Koi & Goldfish

At all life stages, Chilodonella are microscopic, making them almost impossible to identify with certainty unless a microscope is used. Multiple water samples should be look at, as well as skin scrapings from fish at suspected attachment sites (scraped gently so as to not stress or further harm the fish).

They are described as being pear or ear-shaped, with many small, hair-like cilia on their ventral side (the side that is longer). Their size is typically 30 to 70 micrometers (µm) long and 30 to 50 µm wide. For comparison, average human hair width is between 100 µm.

What is the Life Cycle of Chilodonella?

Mature Chilodonella reproduce asexually via meiosis to create daughter cells that develop into adult Chilodonella within only a few days. Occasionally, when resources are scarce and one does not possess the energy for meiosis, they may reproduce via joining together through a process called conjugation. Two Chilodonella join together, creating a sort of bridge through which they exchange resources and genetic information, to form a zygotic nucleus that is capable of then undergoing meiosis.

Their life cycle is relatively short, reaching reproductive maturity in a span of 72 hours or less. Daughter cells are able to immediately either attach to the existing host fish, or use their cilia to swim to a new one. Most often, they attach on or near gills, though they can be found anywhere on the skin as well. Their ventral side is concave, enabling them to essentially vacuum-seal themselves to their hosts without actually burrowing into the skin.

If Chilodonella cannot find a host within 24 hours, they are likely to die. With a host, however, Chilodonella can survive for many months, capable of going dormant if temperatures fall above or below their ideal range. Cooler water temperatures of 40 to 50° F (5 to 10° C) suit these parasites best, making them of particular concern in the spring when temperatures are both cooler and fish immune systems tend to be weaker due to coming out of winter torpor.

What Are Symptoms of Chilodonella in Fish?

Attachment sites on fish may appear as a cloudy, whitish spot. In more severe cases where many Chilodonella have attached to a fish, the fish’s skin may take on an overall cloudy hue.

Flashing and rubbing behavior is common when parasites are present. Fish will swim erratically, rush to the surface and seem to flip or thrash about (known as flashing), and even rub against pond walls and rocks to try to relieve itching and discomfort, and be rid of the parasites.

Fish may gasp for air at the surface of the pond if their gills have become inflamed from Chilodonella.

As skin becomes more irritated, fish may produce an excess mucous layer to try to protect their skin and choke out the parasite.

In more serious cases, fish may lose their appetite altogether as their bodies try to fight off the Chilodonella and any resulting secondary illnesses or infections. Over time, this would result in weight loss and potentially death.

This is a result of the discomfort associated with Chilodonella attaching themselves to the bases of fins. Swimming may become impaired, as well.

After being a host to Chilodonella for an extended period of time, fish are likely to become lethargic due to the expenditure of energy require to fend off illness, disease, and infection that enter the body via wounds from Chilodonella attachment.

A .5% salt bath for an hour or two at the most, a 1.5% salt bath for half an hour, or a 2.5% salt dip absolutely for no longer than 15 minutes, may be enough to kill off mild Chilodonella infestations. Salt works to dehydrate and weaken parasites, causing them to detach from hosts and die.

Potassium permanganate is a chemical that is somewhat gentle and safe to use, so long as dosed properly, without risk of harming fish or plants. It’s highly oxidative, breaking down living tissues. When dosed appropriately, this does not harm fish or plants, but will break down the tissues and cells of parasites, bacteria, and fungi.

A mixture of malachite green and formalin have been shown to be the most effective against Chilodonella. They’re often sold together as a cream that can be directly applied to fish, or as a liquid that can be used as a bath (.05 ppm, or 5 mL per 10 gallons of water). Do try to make use of this option as a last resort, as formalin in particular can persist in fish for months and cause health issues, particularly if dosed incorrectly.

The best way to prevent Chilodonella from entering your pond is to quarantine any new fish immediately after purchasing them. If you have one available, utilize a microscope to assess whether the fish has any parasites present. Treat as needed before introducing into your pond.

As always, you must also maintain healthy water quality. Keep it clean, pH and KH balanced (these numbers would depend on what species of fish that you have), well-oxygenated (preferably 8 parts per million of dissolved oxygen or above), properly filtered, and perform daily 10% water changes or weekly 20 to 25% water changes.

Due to their concave suction-like ventral side, Chilodonella are able to attach to plants, substrate, rocks, filters, and really anything else in ponds, making water changes and thorough cleaning necessary. In addition, be sure to test water quality daily.

Feeding your fish a well-balanced diet of nutritious pellets supplemented with alternate protein sources (shrimp, bloodworms, etc.), fruits, and veggies as needed (again, this will depend on the fish species) will boost their immune system. A strong immune system increases the likelihood of your fish being able to fend off secondary ailments brought about by parasites, and also reduce prospects of a Chilodonella invasion resulting in death.